What Makes Us Elite? 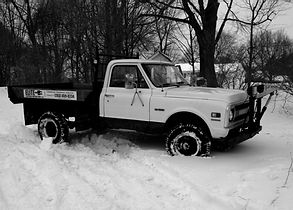 The Beginning - Family Owned & Operated Since 1995

Phil graduated from Bullard Havens Technical High School in 1985 and immediately began his electrical career. Before pursuing his true goal of establishing his own electrical company, Phil worked as a heavy industrial/commercial electrician specializing in motor controls and production machine wiring (PLC) for both contractors and corporations. Early on in his career, Phil joined the IBEW Union and his knowledge of the trade did not go unseen and he was promoted to foreman. As time passed, he soon earned the title of General Foreman. During this time, he honed his skills of leadership and project management. Some of his most notable projects include Fairfield University, Fairfield Prep High School, Heim Bearings and the Milford Power Plant. In 1989,Cheri graduated from Sacred Heart University with a degree in Business Management/Administration. Upon graduation, she started working as a marketing secretary for Pilot Pen Corporation in Trumbull, Connecticut. 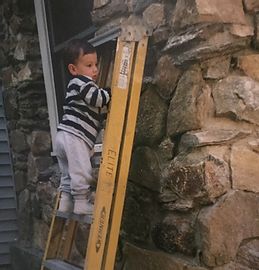 Phil and Cheri decided it was time to take a step away from being the employees and started their own company in 1995. They were nervous taking this step, but they were confident that Phil’s extensive knowledge of the trade; and Cheri’s office administrative experience, was the foundation they needed to start this adventure. They knew that this; combined with their hard work, dedication and joint effort was what they needed to be a successful electrical contractor. Little did they know at the time, what started out of their house as a small, family-owned and operated electrical business, would expand to serve the Greater Fairfield and New Haven Counties with a fleet of trucks, a shop in Bridgeport and an office in Trumbull.

As the business expanded, so did the responsibilities. Today as a woman led business, Cheri is the primary owner and handles all the office and decision-making responsibilities as the President/Office Director. This allows Phil to concentrate more on the field work and less on the logistics of running the business. In 2013, their son, Phil Reardon Jr., started his apprenticeship with the family business. Upon his completion of his apprenticeship, he earned his E-2 license and now is a Project Manager.

At Elite Electrical Contractors L.L.C., our safety policy is simple:
Everyone gets home safe

We will never compromise the safety and health of our employees or the public. Through proper training, Elite embodies a safe work environment. People, safety, and quality are more than a priority; they are a value.

How Does Elite Put Their Safety Measures In Place?

Fill out the form below and we'll get back to you shortly.